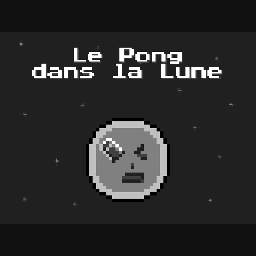 It differs from the original version because players control (giant?) people in jetpack suit that can shoot bullets that freeze the opponent or speed the ball up upon collision.

The ball, which is a pixelated take on Méliès' moon, has a different behaviour as well. Who knows how gravity in this game's outer space influence it?